Prof. Yvan Petillot’s Sensing and Mapping team from Heriot-Watt University demonstrated an underwater sensor network on Loch Linnhe using the Sonobot and Iver3. The team deployed and localised multiple sensors and demonstrated inspections using cameras and sonar underneath the Loch.

In addition, they presented updates on their collaboration with the University of Girona focussing on autonomous manipulator robot-arm force control that is safe and robust to environmental disturbances in the subsea domain. 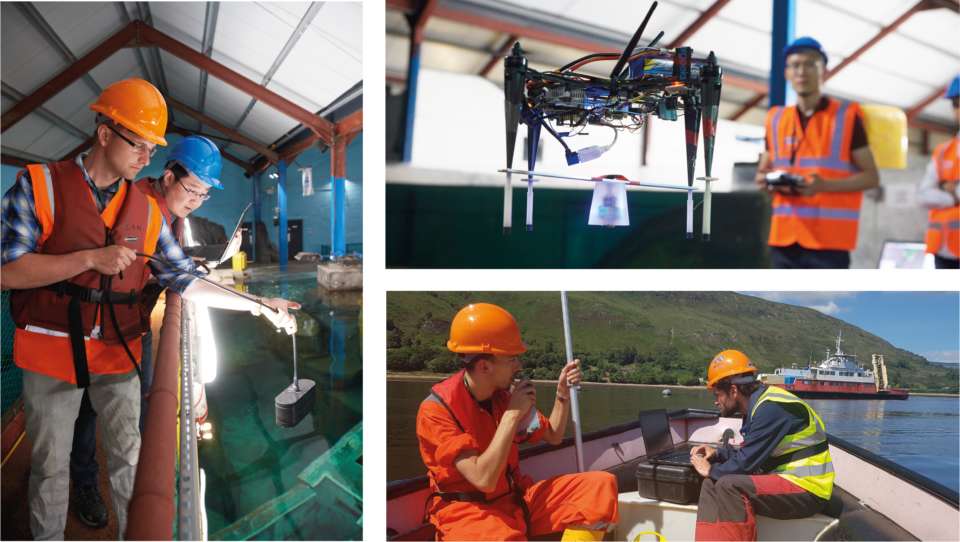 In the indoor tank facility, Dr. Sen Wang and Dr. Tomasz Luczynski demonstrated the use of stereo cameras for 3D visualisation and navigation underwater.

Dr. Adam Stokes’ research group at the University of Edinburgh also participated in the trials to test out developments to their Limpet sensor. Their work focused on testing the Limpet’s ability to use its sensors while submerged and assessing how it could use acoustic communication to communicate with other underwater nodes through the USMART system.

Dr. Chang Liu and Dr. Pouyan Khalili from Imperial College London, whose work focuses on autonomous aerial robotic operations in relation to offshore inspection, provided an aerial demonstration to show a small drone placing a sensor onto a specified point. They also placed a sensor onto the pier using a large drone launched from an offshore vessel.

“It’s really exciting to see new technologies, new ways of working that can use robots - which not only scale but also take the person out of that dangerous situation.”